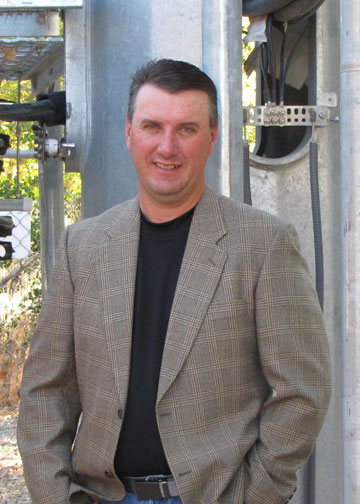 Chris Memmott began his career in the telecom industry in 1993 when he went to work for the natural gas company in Utah – Mt Fuel (Questar). It was there that he was first exposed to climbing towers and formed a passion for tower safety. Over the subsequent years, he has spent time at Sprint (Ubiquitel) as a carrier cell technician, worked as an install tech for turf vendors such as Ericsson and Black & Veatch, and served as an Associate Vice President of Wireless Operations at a small engineering firm in his home town of Nephi, Utah. In 2004, he formed a company called Triple M Enterprises in an effort to manage and build communication towers and to continue providing needed services to a network of clients.

Today, Triple M owns and operates a tower in Nephi, Utah as well as providing many services to its network of clientele.

Throughout his time in telecom, Chris has always had a passion for safety on and around towers and communication sites in general. He has spent much of his time as a competent climber/rescuer trainer at many of the companies he has been involved with as well as Triple M. It was through this passion that he has become involved with the NATE effort.

Chris Memmott is the Regional Ambassador for the Rocky Mountain Region.