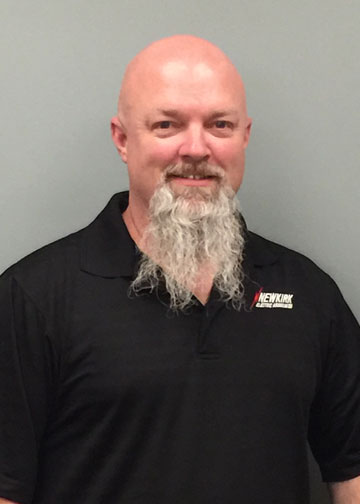 After serving for four years in the U.S. Army in the early 90’s, Brent Hutchison began his career in commercial/residential construction. Eventually this led him to the wireless industry in 1999, when he started with Voicestream Wireless as a Field CM. From there he moved to PrimeCo Wireless before eventually landing as a Project Manager (PM) with Newkirk Electric Associates Inc. in 2001.

Brent worked as a PM for Newkirk from 2001 thru 2011 managing large scale builds for all of the major Carriers nationwide. Since 2012 Brent has been the Towers Operations Manager at Newkirk overseeing the day-to-day activities of all tower related projects and personnel.

After stops in Chicago, Atlanta and Sarasota he currently resides in West Michigan working at Newkirk’s headquarters in Muskegon.

Brent is an active participant in the National Wireless Safety Alliance (NWSA) and heads up all of Newkirk’s efforts in support of NATE.

Brent Hutchison is the State Liaison for Michigan.